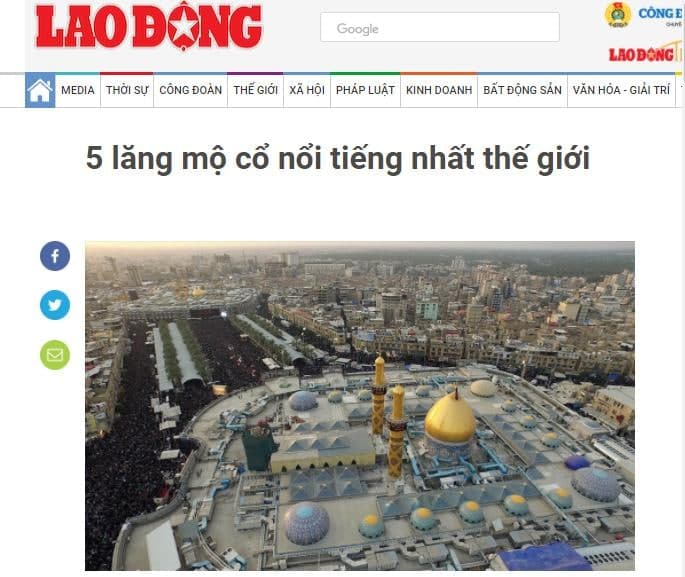 The official newspaper of Vietnam, Lao Dong, listed the Holy Shrine of Imam Hussain Ibn Ali, peace be upon him, in the holy city of Karbala, Iraq, as one of the most famous shrines in the world.

In a report, the newspaper said, "The holy shrine is located in the city of Karbala, Iraq, and contains the immaculate body of the second grandson of the Noble Prophet Muhammad, Imam Hussain ibn Ali, peace be upon him, in the place where he was martyred in the battle of Karbala."

The report pointed out that "this mausoleum is one of the holiest religious sites for the followers of the Ahlulbayt, peace be upon them, who visit it in large numbers annually.”