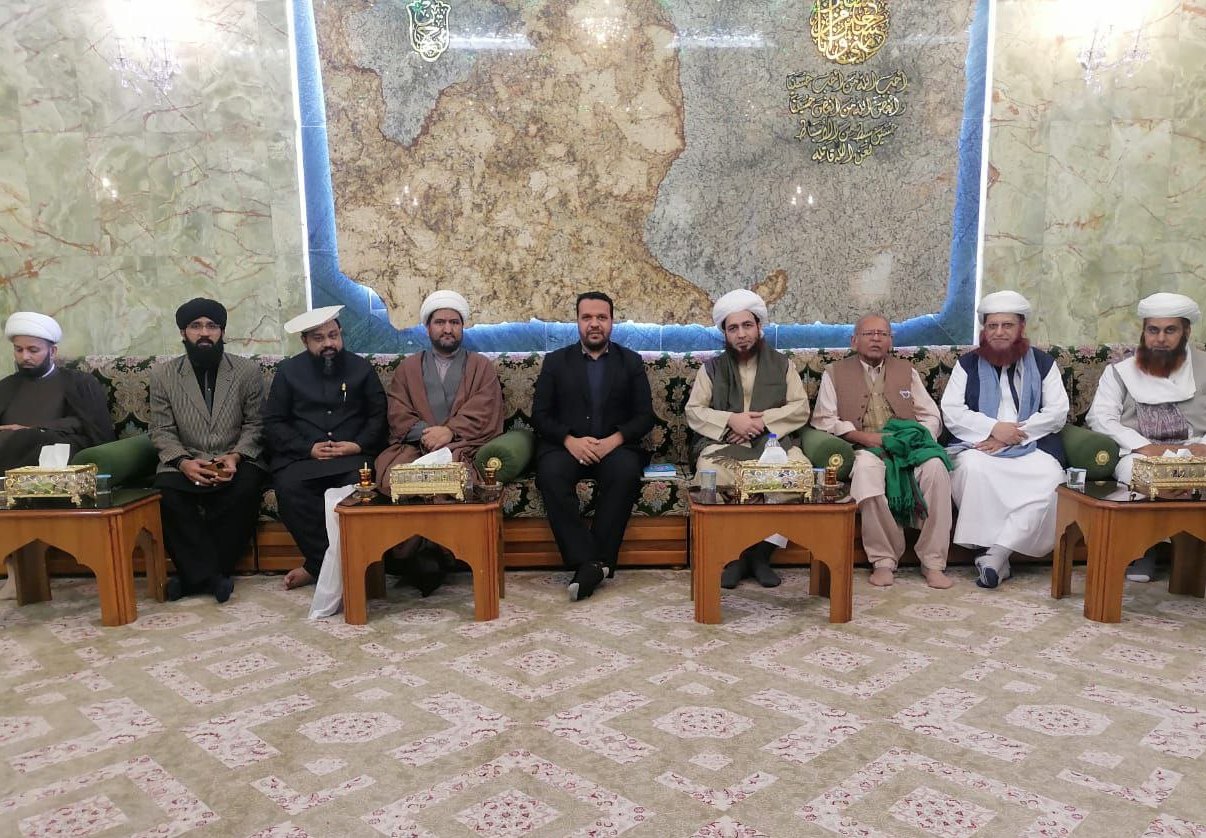 The Holy Shrine of Imam Hussain received a delegation of Sunni professors and scholars from Pakistan, in coordination with the International Media Center of the Media Department at the Holy Shrine.

Haider Al-Mangooshi, Director of the International Media Center, said in a statement, "In coordination with the Pakistani Al-Kawthar University, the Holy Shrine of Imam Hussain hosted the Pakistani delegation consisting of a group of scholars and university professors, including the Mufti of the Jamaat Ahle Sunnat in Pakistan, Dr. Shahzad Mujaddidi."

Al-Mangooshi added, "The delegation was received by the Chief Cleric of Imam Hussain Holy Shrine, Sheikh Abdul-Mahdi Al-Karbalaey, where His Eminence emphasized the message of the Supreme Religious Authority in peaceful coexistence with all religions, sects and races, and mentioned some of what the Holy Shrine offered to Iraqi Sunnis in the war against ISIS and the services provided to them after sheltering them at that time and until today.”

The head of the delegation and Mufti of the Jamaat Ahle Sunnat in Pakistan, Dr. Shahzad Mujaddidi, told the International Media Center, “We thank the Imam Hussain Holy Shrine, headed by Sheikh Al-Karbalaey, for the kind reception. It is a great honor for us to be in this holy city, the city of the grandson of the Prophet (peace be upon him and his progeny).”

Mujaddidi added, "Sayyed Al-Sistani is one of the figures of Iraq and Islam; he is a sun and His Eminence Sheikh Al-Karbalaey is a ray of this sun, for the care they gave to their Sunni brothers in Iraq."