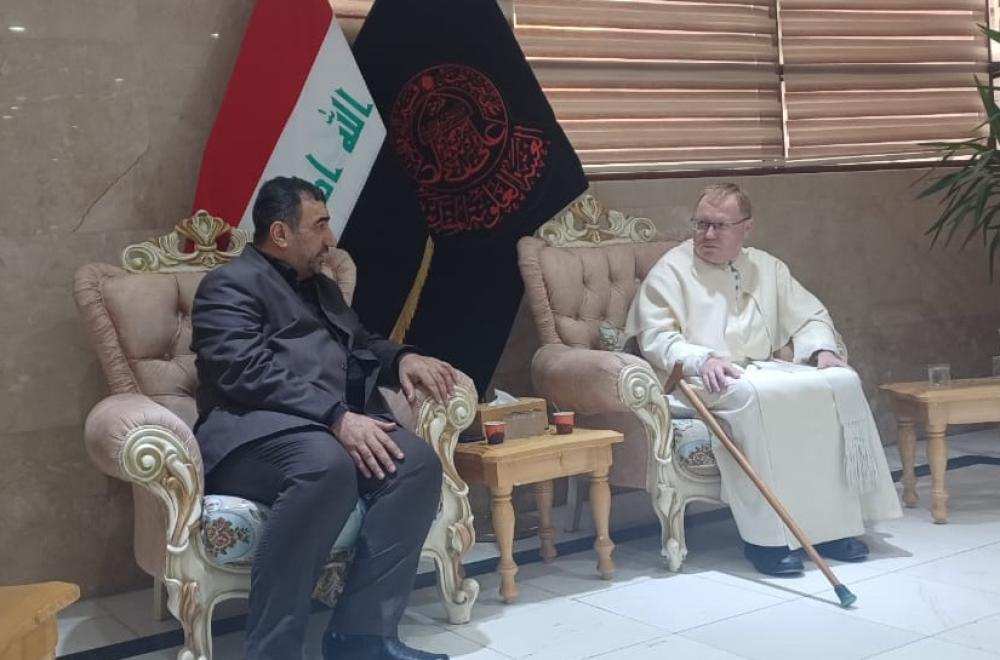 The representative of Pope Francis and President of the Catholic University of Bozeman Peter, Dr. Surumi Spolj, and his accompanying delegation visited the Holy Shrine of Imam Ali (peace be upon him) during the Arbaeen Pilgrimage. The delegation was received by a member of the Board of Directors of the Holy Shrine, Salim Al-Jassani.

Al-Jassani said, "During the meeting, they discussed the possibility of holding joint meetings between religions, based on the belief of the Holy Shrine that the human being has a supreme value and needs to communicate with others in all societies. In light of this, the Holy Shrine previously established a platform for civilized dialogue."

The Pope’s representative said, “The purpose of this visit is to consolidate and develop religious relations for the purpose of peaceful coexistence between religions.”

Spolj added, “The human being has a supreme value. It stems from his/her ability to communicate and interact with other civilizations and religions, to open the doors of dialogue with all societies. Religious symbols believe in the value of the human being and the need to respect him.”