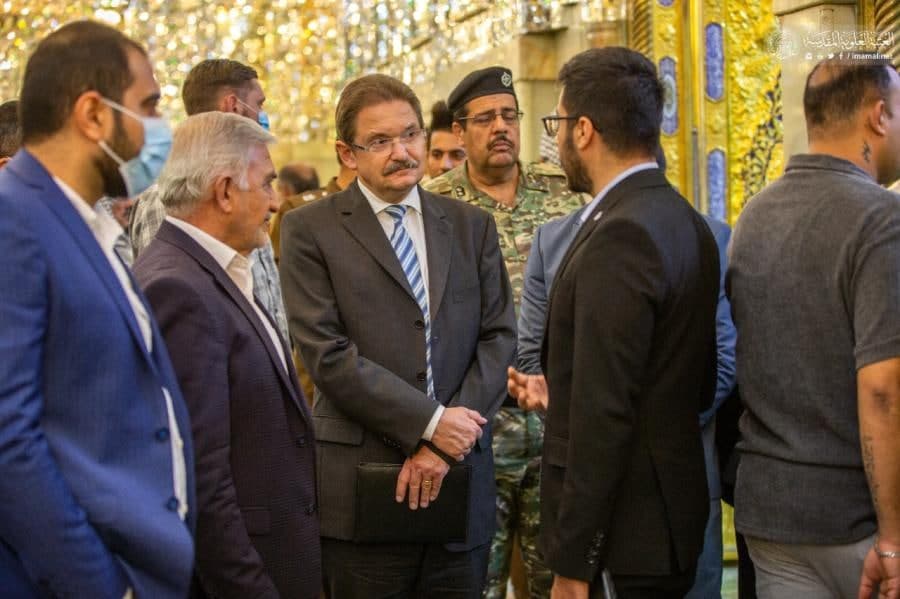 A German diplomatic delegation representing a number of staff members of the German Embassy in Iraq, headed by the chargé d'affaires, Mr. Peter Felten, visited the Holy Shrine of Imam Ali, peace be upon him, and toured the historical and archaeological monuments around the holy courtyard.

Felten said in a statement, "This is my first visit to Najaf, and I am very impressed by the Islamic architecture and prestige that is spread in the corridors of the holy place."

The diplomat added that he is also very impressed with the people's faith towards the Imam, peace be upon him.

It is noteworthy that the German diplomatic delegation included Political Adviser Yulika Bishau, Secretary of the Ambassador Lux Liddell, Political Assistant to the delegation Hashem Al-Rikabi, and translator Amira Suleiman. 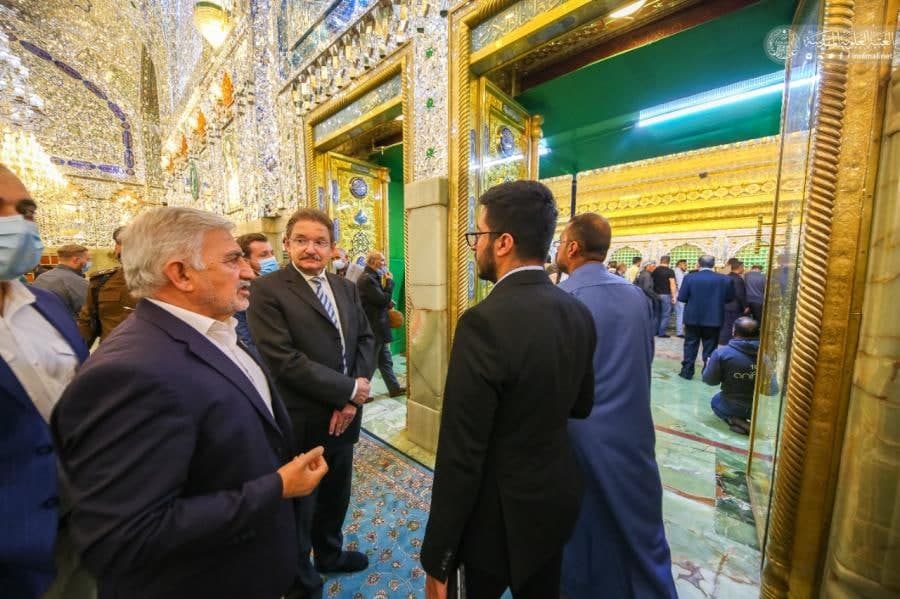