For the first time ever, the banner of Imam Hussain (peace be upon him) in front of the Supreme Pontiff 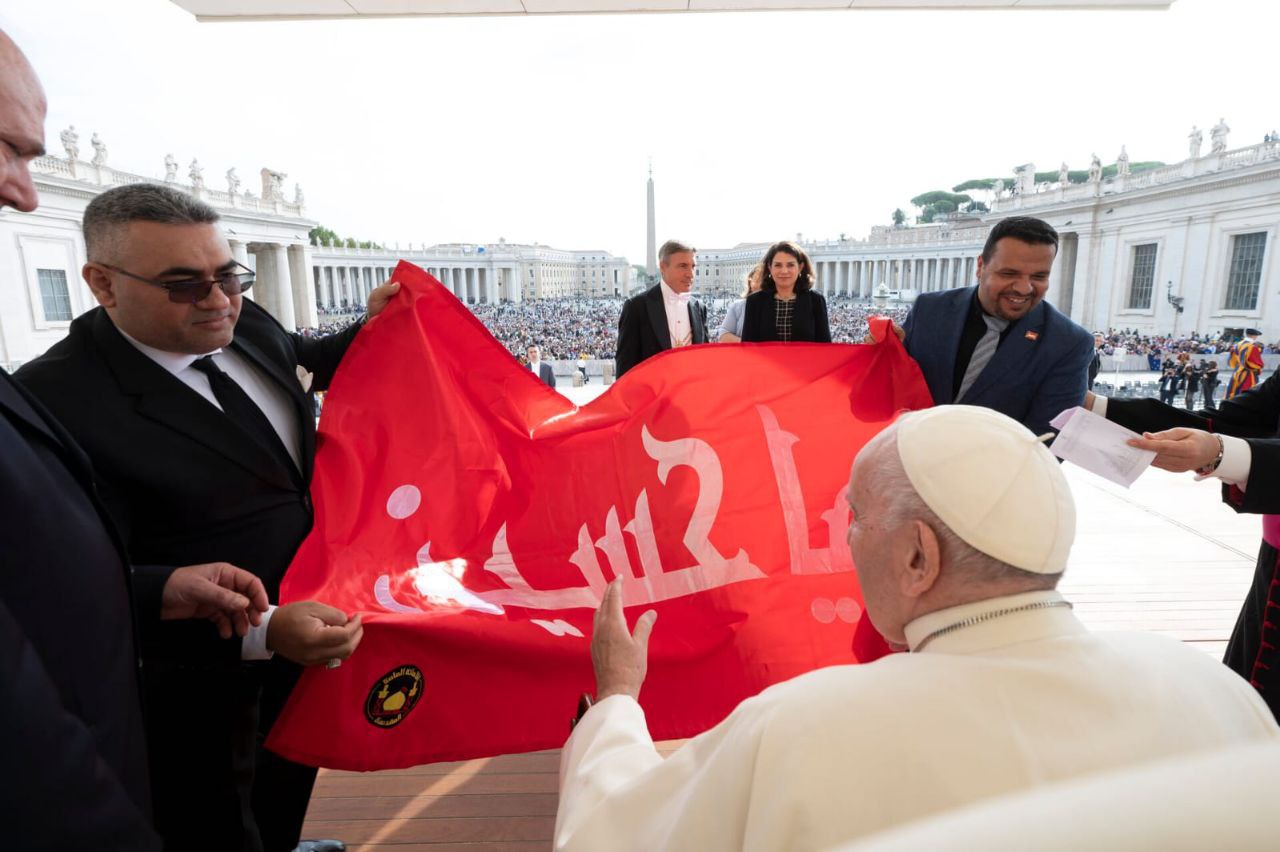 A delegation from the International Media Center in the Media Department of Imam Hussain Holy Shrine visited Pope Francis at his residence in the Vatican.

The visiting delegation presented the banner of Imam Hussain, peace be upon him, as an expression of the message of peace and humanity for which the Master of Martyrs sacrificed, in addition to a set of souvenirs and publications on Karbala and the holy shrines.

The Pope expressed his thanks to the delegation, expressing his happiness for the meeting.

This visit is the first of its kind, after the historical visit of Pope Francis to Najaf and his meeting with the Supreme Religious Authority, Grand Ayatollah Sistani, last year. 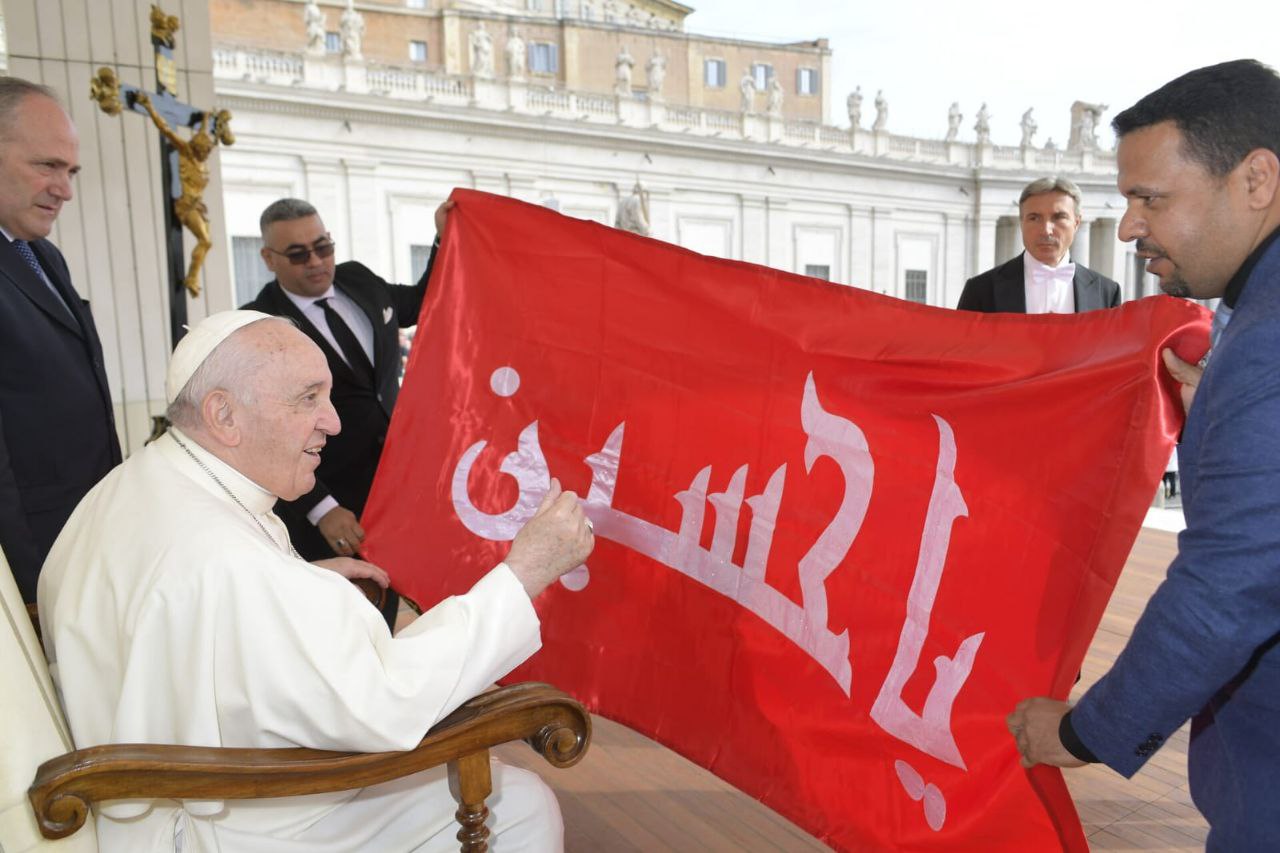 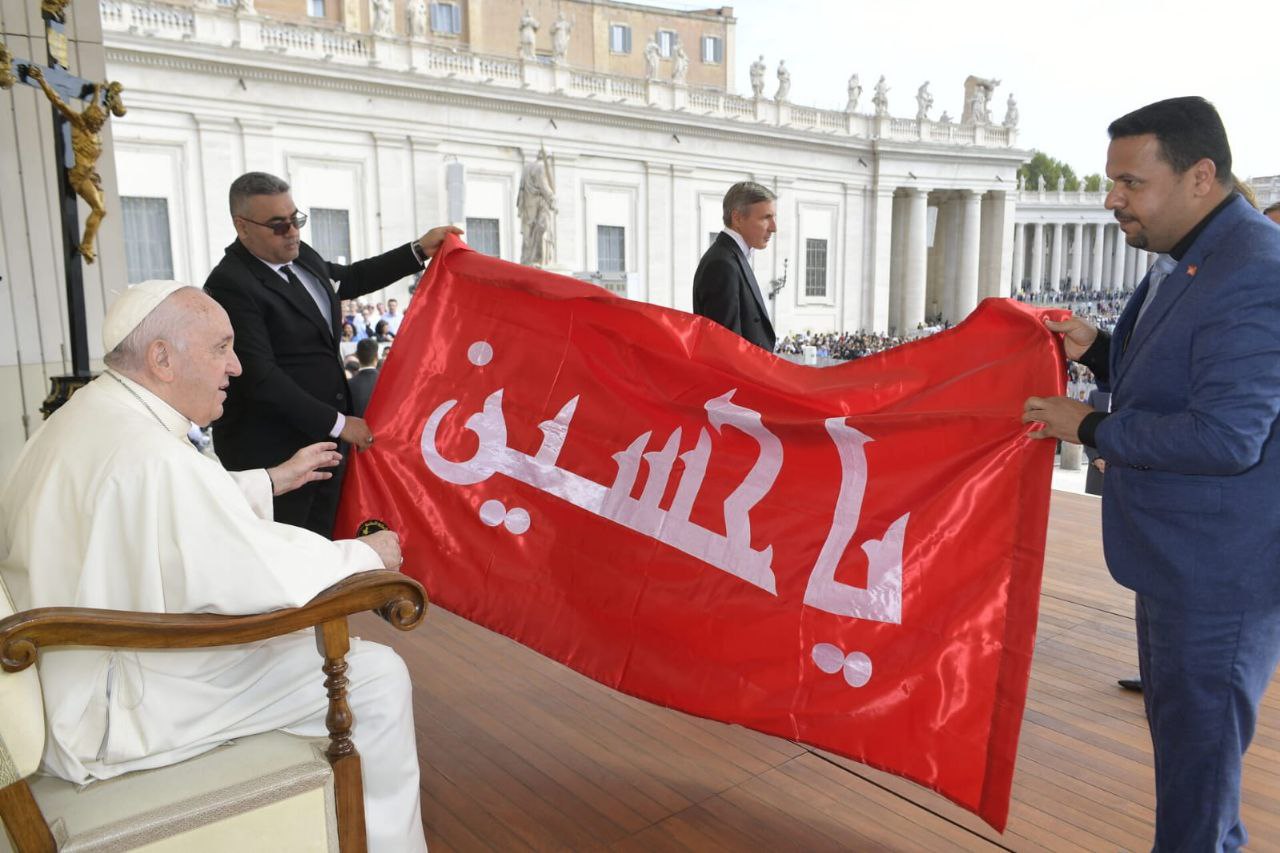