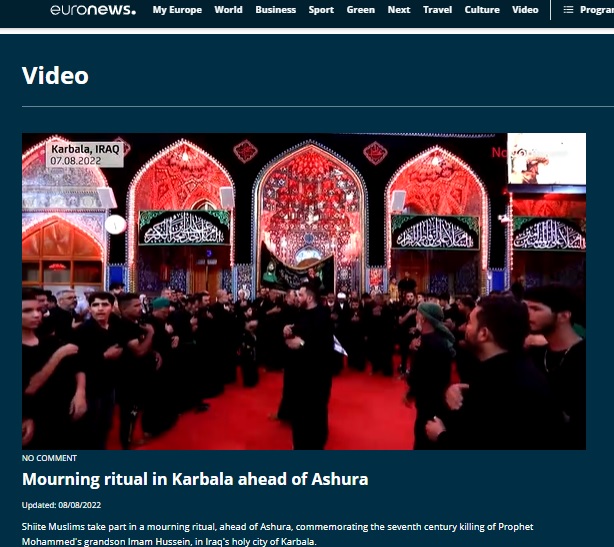 The European TV network ‘Euro News’ published a photo report in which it shed light on some of the details of the painful Ashura ceremonies in the holy city of Karbala.

In its report, the caption read, “Shia Muslims take part in a mourning ritual, ahead of Ashura, commemorating the seventh century killing of Prophet Mohammed’s grandson Imam Hussein, in Iraq’s holy city of Karbala.”

Euro News showed touching photos of the Husseini mourning ceremonies in Karbala, in which crowds of believers, men and women of different ages, religious and ethnic backgrounds, participated in the revival.