‘The Advocate’ writes about Ashura of Imam Hussein, peace be upon him 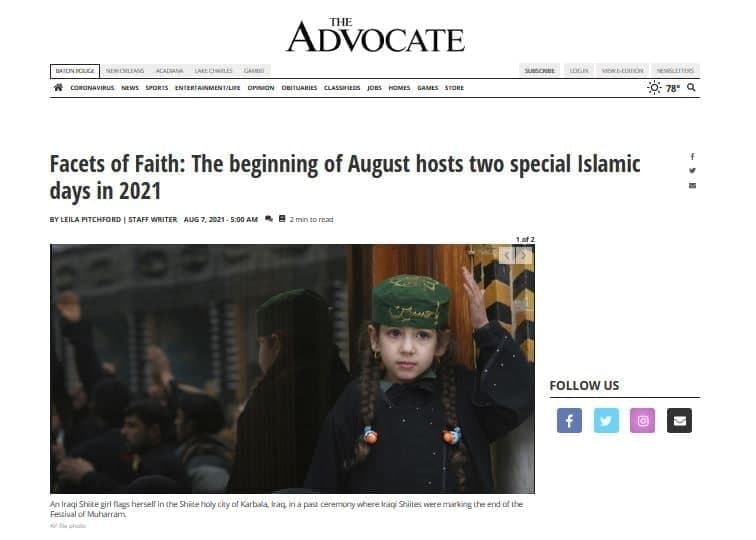 The American newspaper ‘The Advocate’ published an article by the writer Leila Pitchford in which she talked about the most important Islamic occasions this August, most notably the 10th of Muharram, which marks the martyrdom anniversary of Imam Hussein, peace be upon him.

Pitchford wrote about the advent of the sacred month of Muharram, which marks Prophet Muhammad’s journey from Mecca to Medina, the central historical event of early Islam. It led to the foundation of the first Muslim city-state.

As for the most prominent event in the sacred month of Muharram, which will fall approximately on the eighteenth of the month of August, the writer indicated, “Ashura is a major holiday for Shia Muslims as a commemoration of the 680 martyrdom of Hussain ibn Ali, grandson of the Prophet Muhammad, peace be upon him. During this time, Shias make a pilgrimage to Karbala, Iraq, where Hussain was killed.”

Pitchford added that "the occasion witnesses the establishment of ceremonies, theatrical performances, and others, which document the tragedy.”