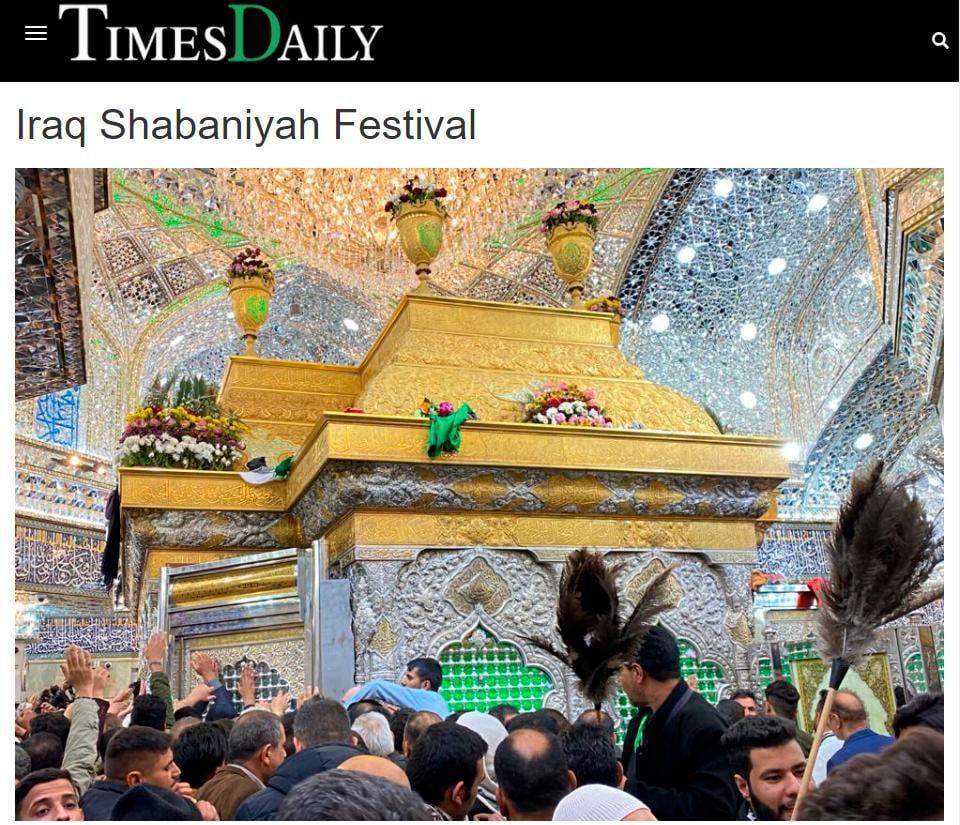 The Ugandan newspaper, "Times Daily", published a photograph of one of the ceremonies commemorating the Mid-Shabaan Visitation in the holy city of Karbala

The newspaper published, on its official website, a scene of pilgrims gathered at the Holy Shrine of Imam Hussein, peace be upon him, during the ceremonies commemorating the birth anniversary of the Awaited Imam Mahdi, may Allah hasten his honorable reappearance, entitled "Iraq Shabaniyah Festival."

The "Times Daily" indicated that this picture was taken by the Iraqi photographer working for the Associated Press, Hadi Mizban.