The Global Herald publishes a photo report on Arbaeen 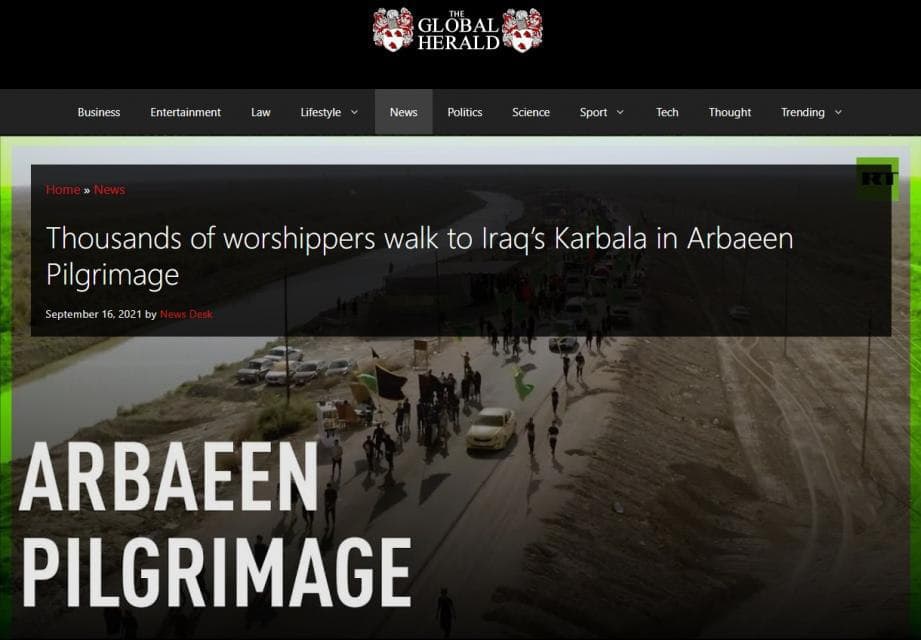 The Global Herald published a photo report in which it shed light on the Arbaeen walk to the holy city of Karbala.

The report titled, "Thousands of Worshippers Walk to Iraq’s Karbala in Arbaeen Pilgrimage” mentioned, "In the annual pilgrimage season, upon the anniversary of the Arbaeen, thousands of pilgrims walk on foot and pass through Dhi Qar province in southern Iraq, on their way to the holy city of Karbala."

The report indicated that "this pilgrimage marks the fortieth day following the martyrdom anniversary of Imam Hussein, peace be upon him."

Arbaeen in Karbala witnesses a remarkable presence of journalists and local, Arab and foreign media outlets to cover the largest peaceful event in the world.