Iraq’s Protests in the Eyes of the World Press 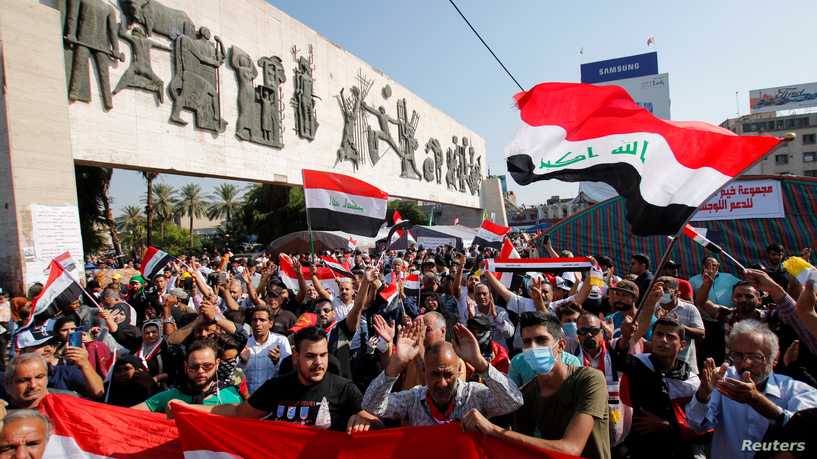 Iraq is one of the few countries that have always been under the spotlight, from the toppling of Saddam Hussein in 2003 to the end of ISIS in 2017, and now the current wave of protests across the country, which call for a tangible change to the corrupt state policy towards the oppressed Iraqi nation.

Reuters - Iraq's young protesters: 'We're not leaving, even if this lasts 40 years'

Referring to the demands of Iraqi people, “The protests have been dominated by young people, a generation blighted by rampant unemployment, a corruption-ridden political caste and years of armed conflict. Despite Iraq’s oil wealth, many people languish in poverty with limited access to clean water, electricity, healthcare or education.”

Translating what the Supreme Religious Authority said in the Friday Sermon, “If those in power think that they can evade the benefits of real reform by stalling and procrastination, they are delusional," he said in his weekly sermon, delivered by a representative in the holy city of Karbala.

"What comes after these protests will not be the same as before, and they should be aware of that."

Lord Maurice Glasman referred to the peaceful protests in the most Shia provinces, “The protests, which numbered around half a million in Baghdad alone, were four times the size of what they had been previously, while people also demonstrated peacefully in Najaf, Basra, Karbala and Nasiriya. In Baghdad, people occupied the tallest building overlooking Tahrir Square and draped large portraits of various victims of the military violence down its facade.”

Glasman adds, “The protestors were initially and overwhelmingly Shia, but Christians, Sunnis and Kurds have enthusiastically joined in. The common language of the protestors centers on the idea of democratic sovereignty; of political rights, dignity, freedom and democracy. Each night, when the internet is cut and the power goes out, the threat of reprisals from government forces is palpable. Yet the protestors remain.” 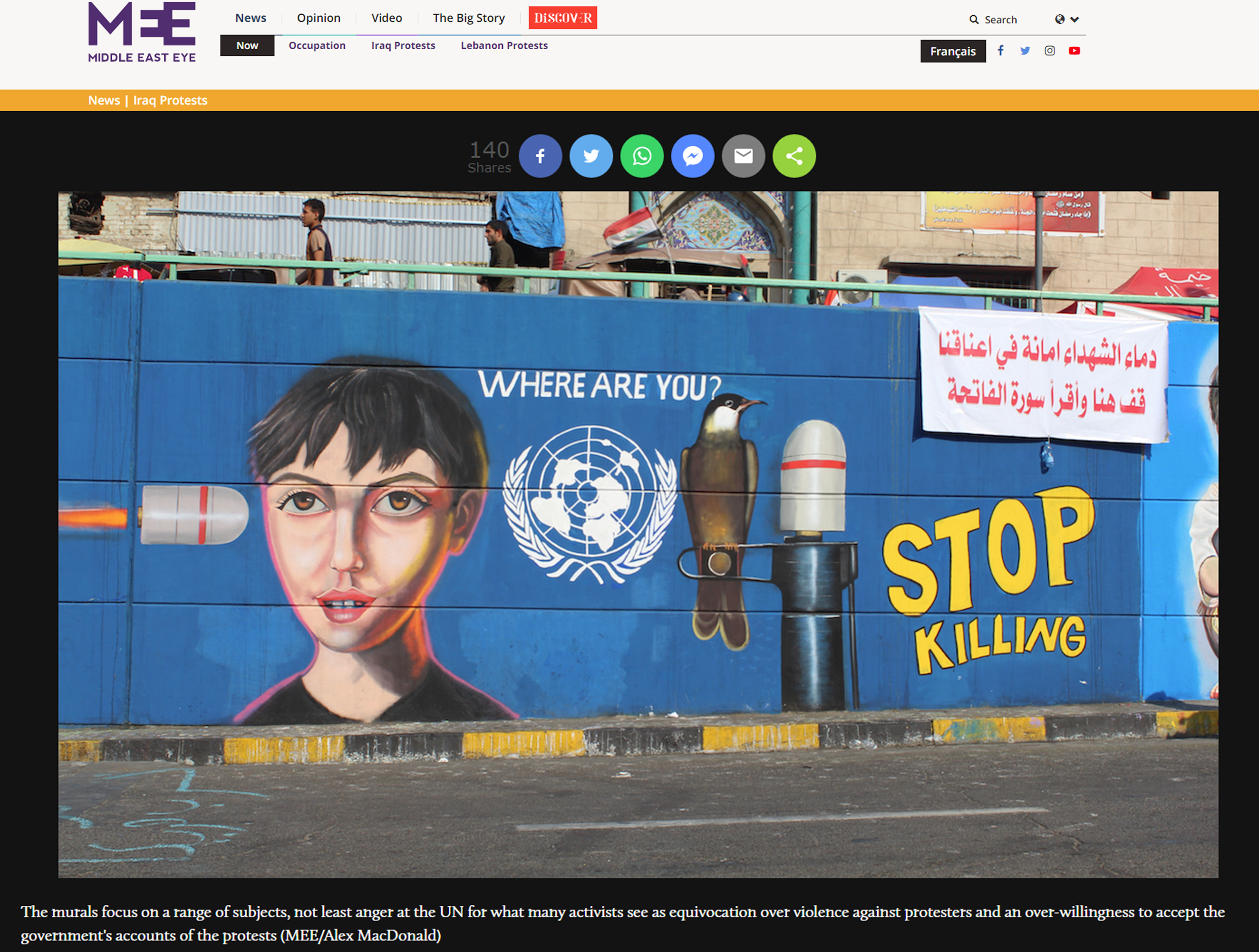 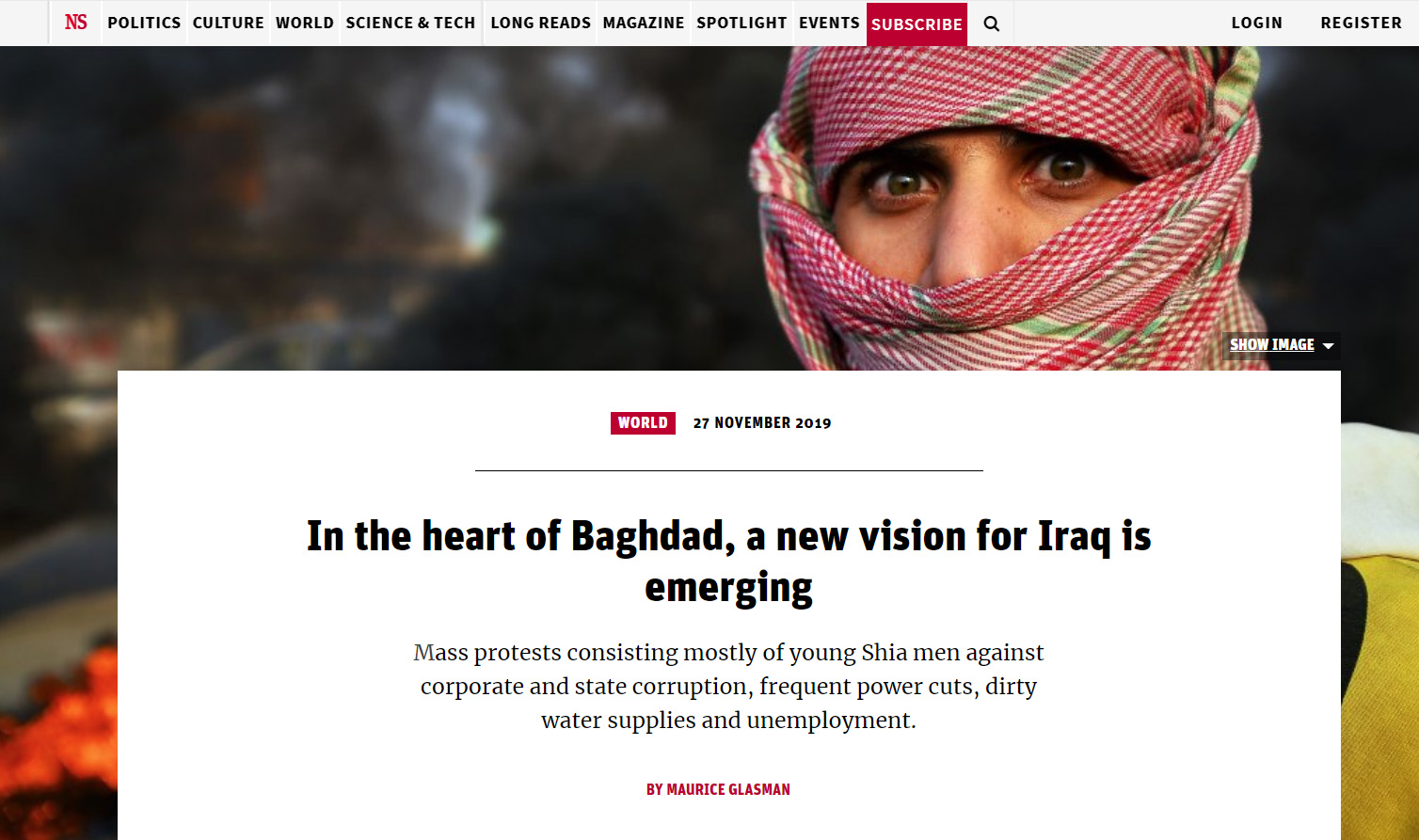