The Life of Lady Fatima 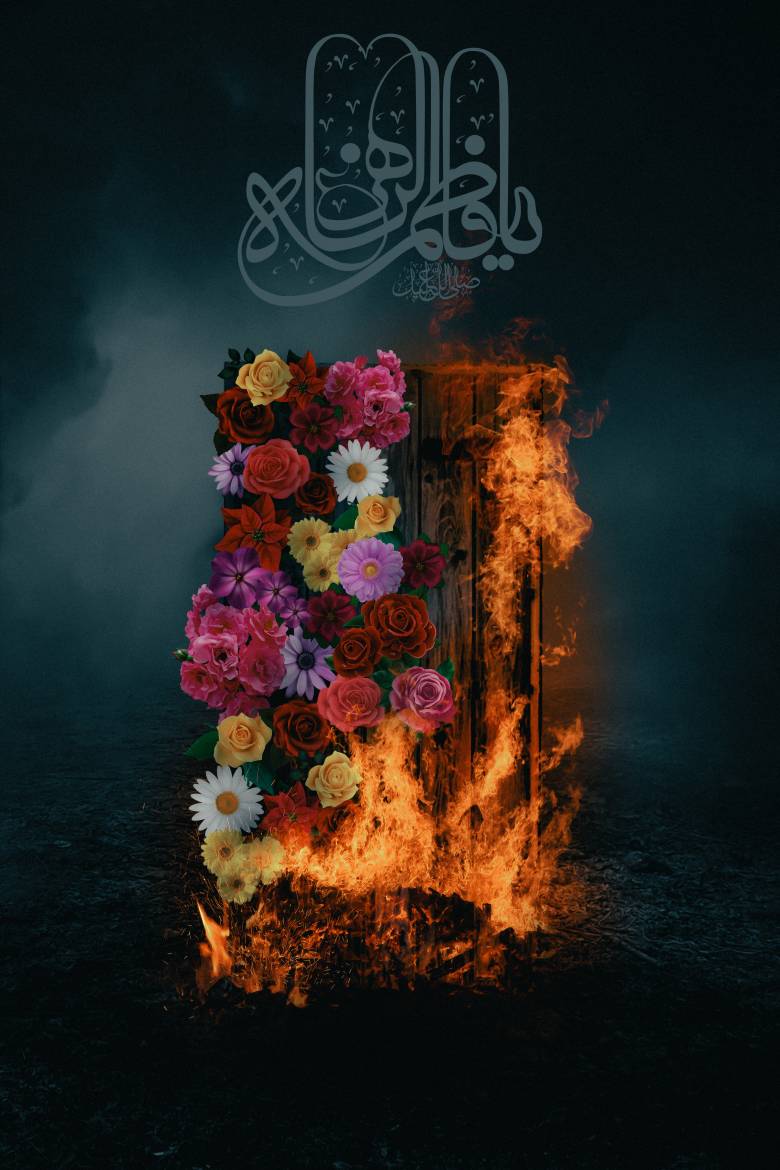 Title : Al-Zahra
Born : Friday 20th of Jamadi-ul-Akhar - Mecca
Father’s Name: Holy Prophet Muhammad Ibn Abdulla (PBUH)
Mother’s Name: Khadija Bint Khuwailid
Martyred : 13th  Jamadi-ul-Awwal or 3rd  Jamadi-ul-Akhir 11Hijrah in Medina at the age of 18 (due to injury inflicted upon her through force of a falling door by a hypocrite).
Buried : The cemetery of Jannatul Baqi at Medina (probably)

Fatima may not be an Imam but she is the mother of eleven infallible Imams and, without a doubt, the Imams owe their infallible characteristics to their mother. Her distinctions are numerous, one of the most outstanding of which are her parents – the Prophet and Khadija. Parents have a huge influence on their children; we already know who her father was, but we should acquaint ourselves with her mother too.

Khadija was the first woman to accept Islam as her religion. Even before becoming a Muslim, she used to perform prayers led by the Prophet or Ali.

The Prophet’s daughter was born c. 605. She lived with her father for eight years in Mecca and ten years in Medina. After the demise of the Prophet, she lived only between 75 and 95 days before she too passed way. (Kashf al-Ghamma) She lost her mother when she was five years old. Her father’s main supporter, Abu Talib, died a few years later. These two sad events distressed her greatly. At home, she had much work to do, but she became experienced. Fatima was eight when her father left Mecca for Medina. She arrived in Medina along with a group of Muslim women known as the Fawatim. A new chapter opened in her life.

Fatima in the Qur’an

The Qur’an’s description of people is never flawed because the book speaks for God, the creator of all mankind, and God knows human beings better than they know themselves! ‘Would He who has created not know? And He is the All-attentive, the All-aware.’ (Q67:14)

The Qur’an may not have mentioned Fatima by name, but it has spoken implicitly about people whose characteristics match those of Fatima.

The Verse of Purification

This famous verse was revealed about the Prophet’s household, describing them as pure and pious people; Fatima is a member of the Prophet’s Household, as many aḥādīth confirm (Dhakhāʾir al-ʿUqbā).

‘Indeed Allah desires to repel all impurity from you, O People of the Household, and purify you with a thorough purification.’ (Q33:33)

The prophet describes his daughter as follows:

‘God will become angry for the sake of Fatima’s anger and He will be pleased on account of her happiness.’ (Farāʾid al-Samṭayn)

This tradition, narrated by Muslim traditions with minor variations, indicates that Fatima is infallible, or else her feelings could not have influenced God’s: ‘Say, ‘Indeed Allah does not enjoin indecencies. Do you attribute to Allah what you do not know?’’ (Q7:28)

Fatima, a Paragon of Virtue

Fatima is an example for all women to follow in their lives. The Qur’an refers to two women as examples of piety and prosperity and two others as signs of misery. The latter are wives of the Prophets Noah and Lot. These two women betrayed their husbands who were messengers of God. To that effect, the Qur’an says: ‘Allah draws an example for the faithless: the wife of Noah and the wife of Lot. They were under two of our righteous servants, yet they betrayed them. So they did not avail them in any way against Allah, and it was said [to them], ‘Enter the Fire, along with those who enter [it].’’ (Q66:10)

The two examples of prosperity are Asia, the wife of Pharaoh, and Mary, the mother of Jesus Christ. Asia was the Queen of Egypt. She was unique, but she accepted the invitation of Moses, regardless of all risks. Pharaoh was infuriated when he discovered his wife’s inclination towards his enemy. Despite his love for her, he crucified her, little knowing that he only served her realize her dream. The Qur’an says: ‘Allah draws an[other] example for those who have faith: the wife of Pharaoh, when she said, ‘My Lord! Build me a home near You in paradise, and deliver me from Pharaoh and his conduct, and deliver me from the wrongdoing lot.’’ (Q66:11)

The second woman was Mary, the mother of Jesus. The Qur’an describes how she reacted to Gabriel: ‘Thus did she seclude herself from them, whereupon We sent to her Our Spirit and he became incarnate for her as a well-proportioned human. She said, ‘I seek the protection of the All-beneficent from you, should you be God wary!’ He said, ‘I am only a messenger of your Lord that I may give you a pure son.’’ (Q19:17–19) The Qur’an describes Mary as follows: ‘And Mary, daughter of Imran, who guarded the chastity of her womb, so We breathed into it of Our spirit. She confirmed the words of her Lord and His Books, and she was one of the obedient.’ (Q66:12)

Fatima, the daughter of the Prophet, passed away at the age of 18. It happened three months after her father’s death. Fatima was killed as a mob invaded her home. Imam al-Sadiq says she drank the chalice of martyrdom. Nobody is able to cover up the injustice perpetrated against the daughter of the Prophet. The Eighth Imam says she was buried in her own home. (al-Kāfī) 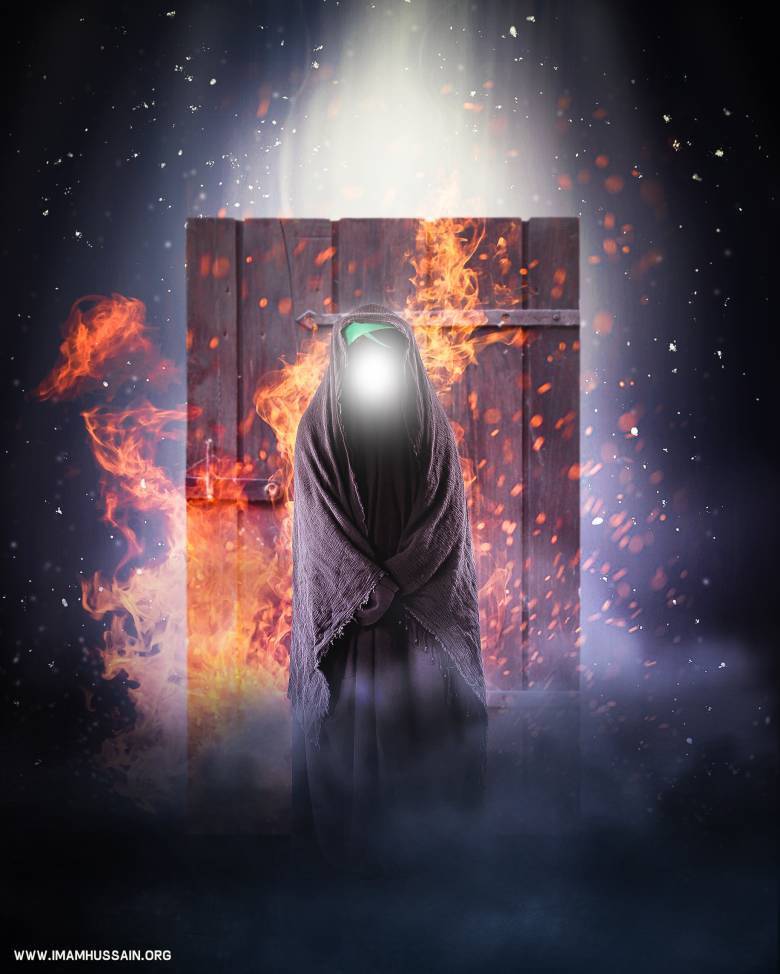