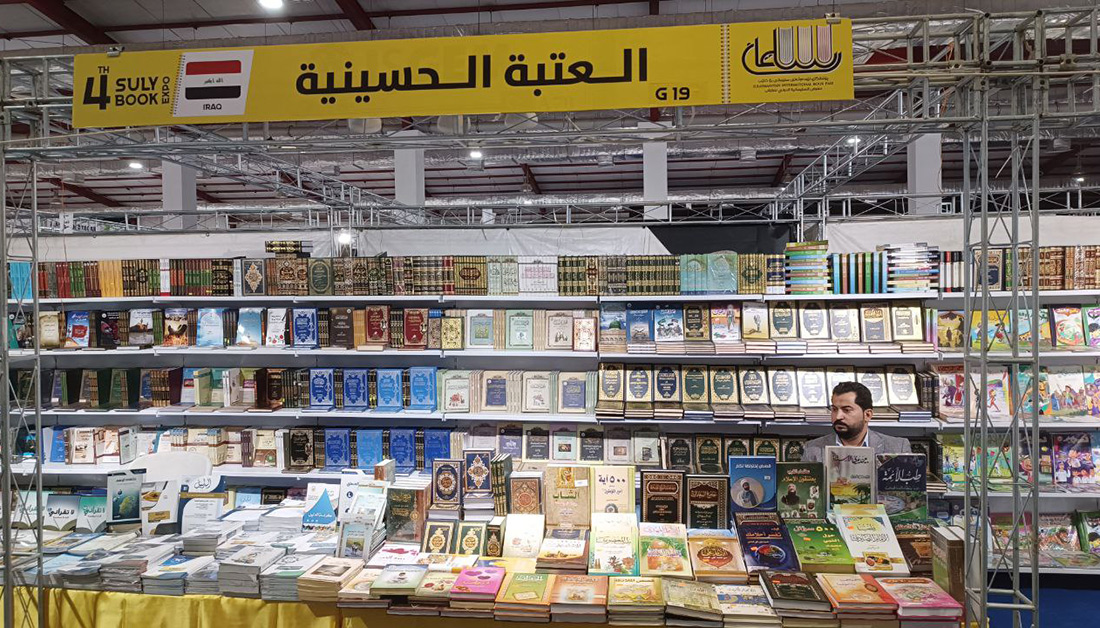 The Holy Shrine of Imam Hussain announced its participation with its cultural, scientific and social publications in the annual international book fair held in Sulaymaniyah province of the Kurdistan Region of Iraq, which witnesses a wide participation of a number of local and foreign publishing houses.

More than 300 Arab and foreign publishing houses showcased their works in various languages including the Holy Shrine’s publications in Kurdish, which were translated and proofread by a number of scientific and religious figures in Najaf.

"The pavilion of the Imam Hussain Holy Shrine witnessed a great turnout by imams of mosques, readers, intellectuals, students and others,” added Mameetha.

It is noteworthy that the Exhibitions Division of the Media Department at Imam Hussain Holy Shrine aims, through its local and international participation, to advance the cultural reality and provide the reader with the religious and scientific information he needs, which work to consolidate the correct Islamic and human principles.