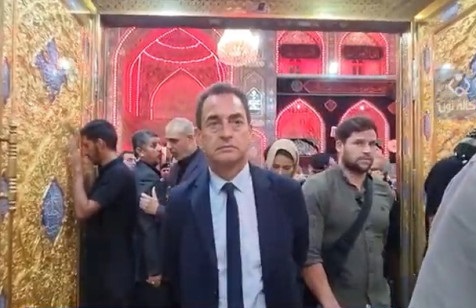 After touring the Holy Shrine, the French ambassador praised the ongoing construction projects.

It is worth noting that "the city of Karbala witnesses an annual security, service, and health alert to commemorate the Arbaeen Pilgrimage of Imam Hussain (peace be upon him)."