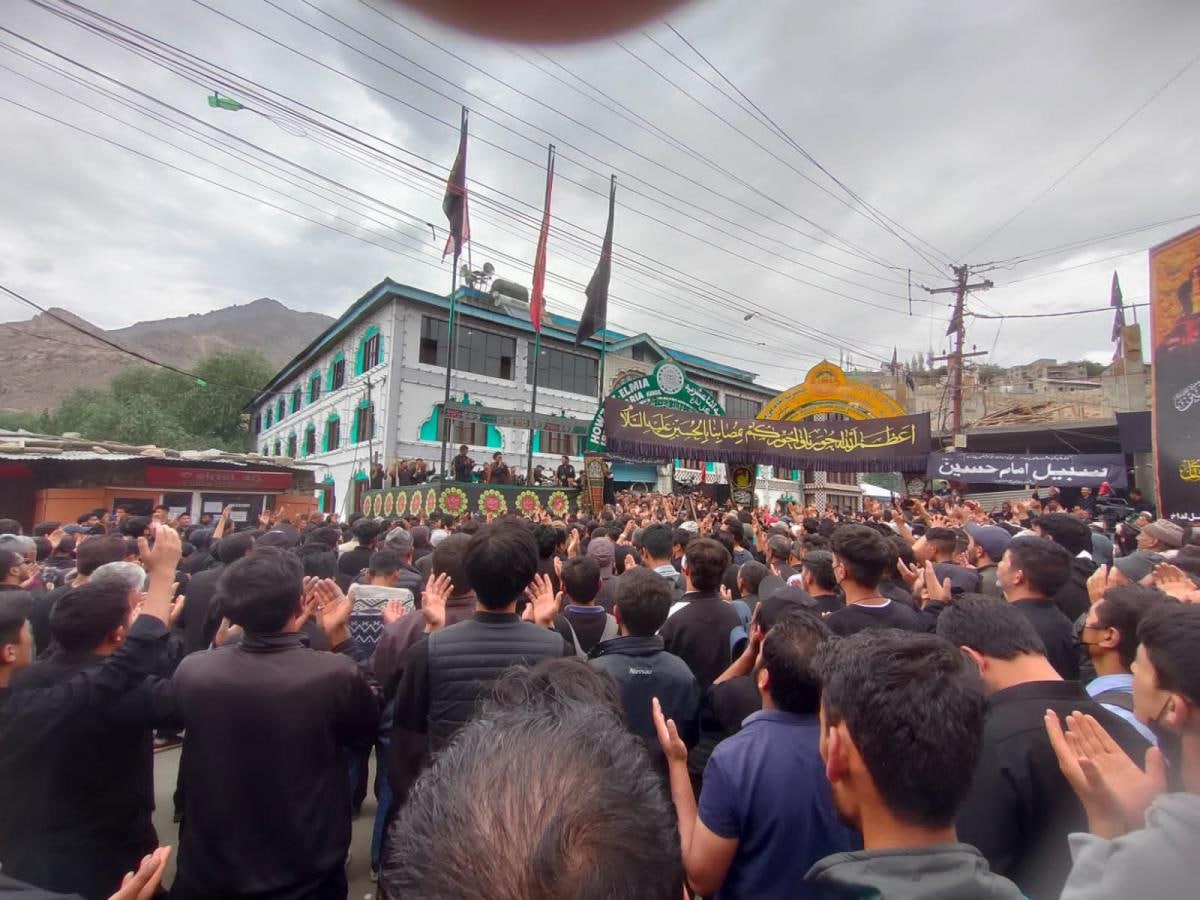 The banner of the dome of Al-Abbas Holy Shrine was raised in the city of Kargil in northern India, to announce the start of the Husseini mourning season and ceremonies, and to recall the calamity of the martyrdom of Imam Hussein, his family and companions (peace be upon them).

The head of the Twelver Scholars Association in the city, Sheikh Nadher Mahdi, said in a statement, "This event has been held annually by the city’s residents, and the blessed banner had a great impact on the souls and minds of the residents of Kargil. At the beginning of each Ashura season, or in commemoration of the martyrdom of one of the Imams (peace be upon them), we start the occasion by raising the banner that bears the fragrance of Karbala."

Mahdi explained, "The banner raising ceremony was held at the Association, in presence of large crowd of lovers and followers of the Ahlulbayt (peace be upon them) in the city, who called out “Labbaika Ya Hussein” and “Labbaika Ya Abbas as they remember the affliction of the Master of the Martyrs (peace be upon him)."

He concluded, "It is a great honor for us to raise this banner in the midst of our city, to embody the spirit of martyrdom, redemption and sacrifice for the sake of lofty principles, and to be a beacon of heroism, martyrdom and patriotism because of the great symbolism it bears, and what it reflects of the values ​​and principles of the eternal Husseini renaissance."