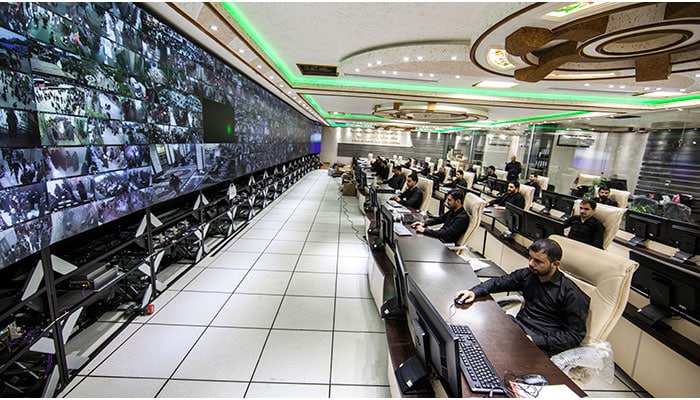 The Electronic Monitoring Division at Imam Hussain Holy Shrine revealed that 1,400 CCTVs with specialized international specifications are being operated to secure the Ashura commemoration, and to monitor any illegal or suspicious activity around the holy city of Karbala.

Head of the Shrine’s Security Department Rasoul Fadala said, "The Holy Shrine of Imam Hussain has completed all security measures to receive pilgrims coming to Karbala from all provinces and the Islamic world, in order to revive the ceremonies of the tenth of Muharram, the martyrdom anniversary of Imam Hussain, his family and companions, peace be upon them."

He added, "The system owned by the Holy Shrine is one of the most modern systems in the country,” noting that there is great cooperation between the Imam Hussain Holy Shrine and all government security agencies in the province.