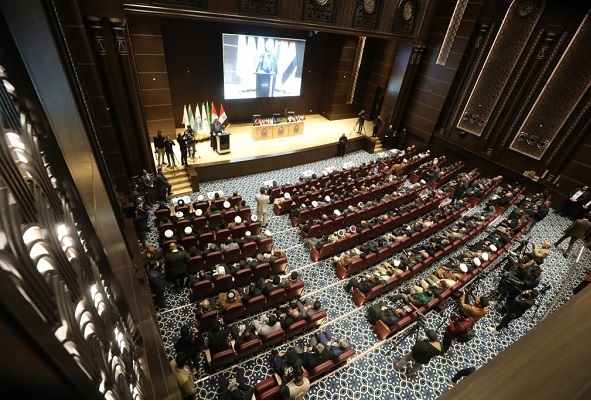 An international conference kicked off in Karbala on Monday that seeks to unify arbitration regulations of Quran competition internationally.

The event was organized by the Quran House of Imam Hussain Holy Shrine with the participation of representatives from 16 countries.

The opening ceremony of the 4-day conference was held at al-Zahraa University for Women.

Addressing the event, head of the Quran House, Sheikh Khairuddin al-Hadi said that interest in the Holy Quran and everything that serves the Quranic movement in the Islamic world is one of the most important manifestations of piety.

The conference seeks to introduce unity and discipline to arbitration criteria in Quran competitions, he said, adding, “Today we are in a stage of maturity in institutional work at the national and international levels.”

Officials from the Holy Shrine attended including the Secretary-General, Hajj Hasan Rashid, and the representative of Grand Ayatollah Sistani, Sheikh Abdul-Mahdi al-Karbalaey.