Delegation of the Evangelical Church: Imam Ali Holy Shrine and Najaf represent for us a center of tolerance and rejection of sectarianism 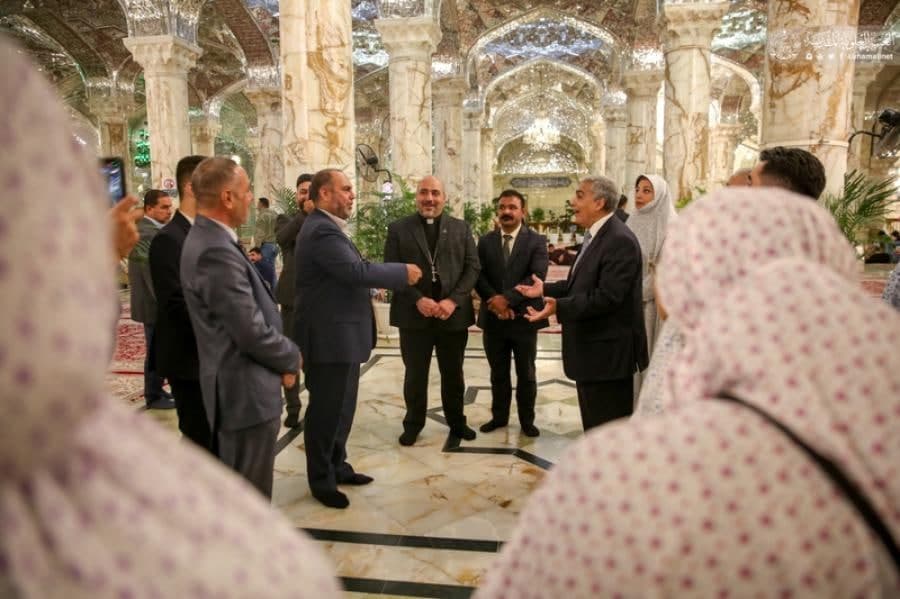 A multinational Christian delegation representing the Evangelical Church visited the Holy Shrine of Imam Ali, peace be upon him, on a friendly visit during which they were briefed on the historical and archaeological monuments in the Holy Shrine.

The guest delegation included Reverend Joseph Francis, pastor of the Christian Evangelical Union churches in Iraq, Reverend Sameh Morris, pastor of Qasr al-Dubarah Church in Egypt, and a number of representatives of the American SRG organization.

The head of the guest delegation expressed his admiration of the Holy Shrine and the personality of the Commander of the Faithful, peace be upon him, saying, "The Imam Ali Holy Shrine and the holy city of Najaf represent for us a center of tolerance and the rejection of sectarianism. The city plays a role in promoting scientific and cultural exchange and bringing different religions closer together." 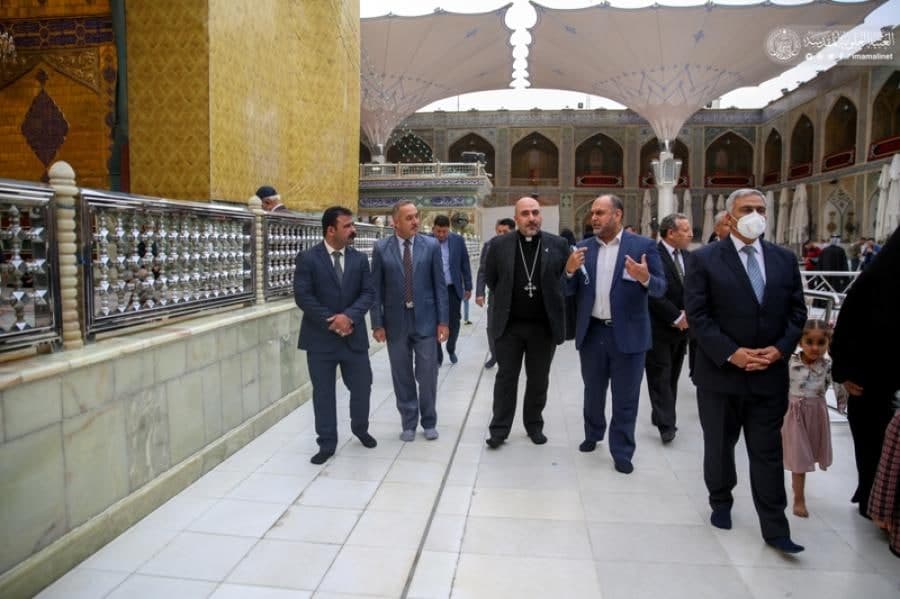 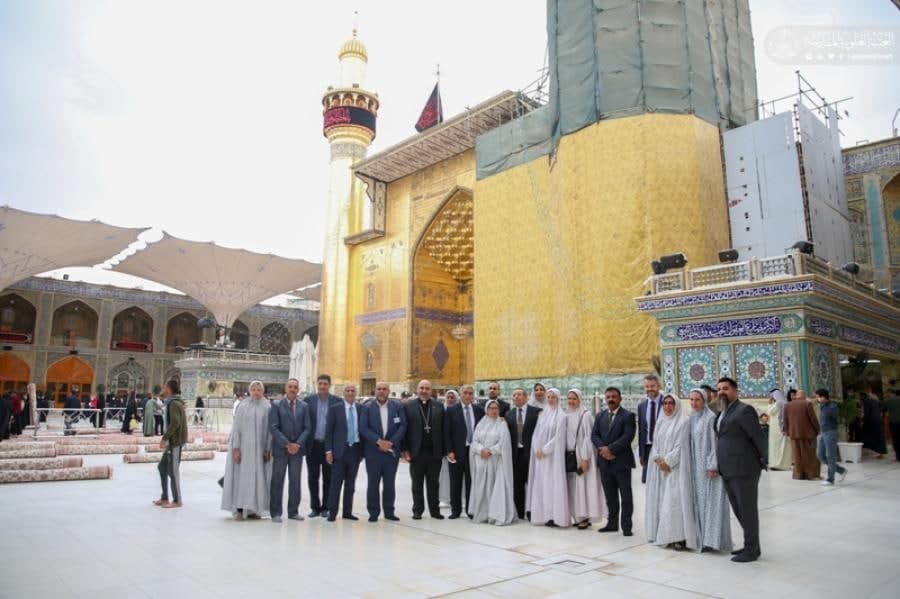