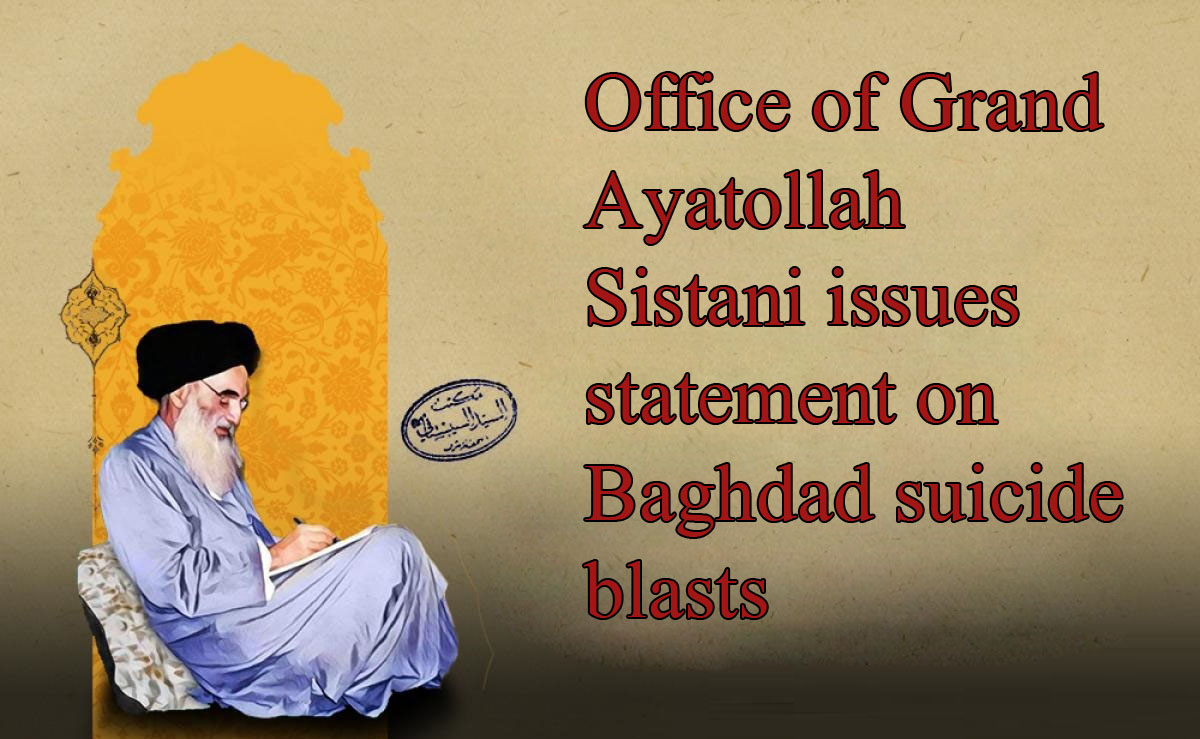 The office of the Grand Ayatollah Sayyed Ali al-Sistani issued a statement on its website following the two suicide blasts in central Baghdad on Thursday, which resulted in the martyrdom of 32 civilians and the wounding of 110 others, according to Iraq's health ministry. The statement from the Grand Ayatollah Sistani’s office reads:

Verily we belong to Allah (SWT), and verily to God do we return.

“Once again, savage terrorists targeted a group of innocent civilians with two explosions in al-Tayaran Square in Baghdad, and as a result, in a horrific scene that hurts the hearts of all people with a living conscience, dozens of people were martyred and many more were wounded.

We call on the relevant security services to increase their efforts to maintain security and thwart the plans of the enemies in the ambush of this oppressed nation who suffers from various aspects.”

There is no power except with Allah (SWT).

The Office of the Supreme Religious Authority expressed sincere condolences and sympathy to the family of the victims and wished a speedy recovery to its wounded.