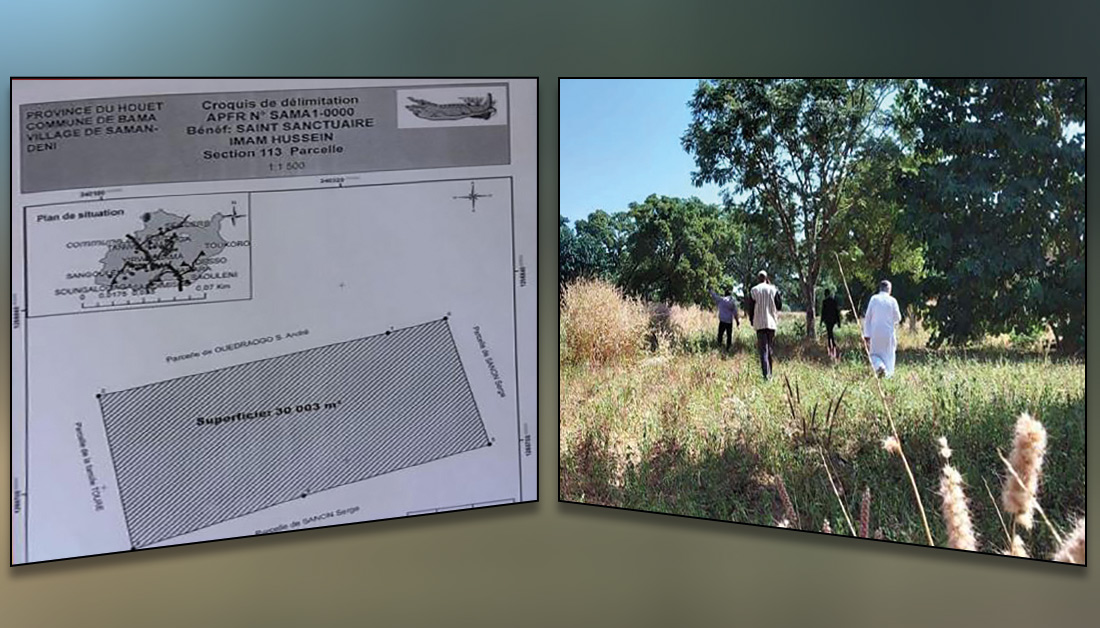 Deputy Head of the Holy Shrine’s General Activities Department, Sheikh Ali al-Qarawi, said, “A delegation from Warith al-Anbiya Foundation in the city of Bobo-Dioulasso, Burkina Faso, under the supervision of the Supreme Religious Authority’s representative Sheikh Abdul-Mahdi al-Karbalaey, purchased a 30,000-square-meter land to establish a cultural, development and charitable project.”

Half of its costs were paid by one of the lovers of Imam Hussain in the city.

“The land is dedicated to establishing a cultural, development, and charitable project to spread the teachings of the Ahlulbayt, peace be upon them, as well as developing the cultural, religious and scientific projects in the region under the supervision of Warith al-Anbiya Foundation, which is affiliated with the African Activities Division at Imam Hussain Holy Shrine."

Warith al-Anbiya Foundation has provided many educational, cultural and religious services, including establishing an elementary school, and building special classes for intermediate studies, where several lessons in academic and religious sciences are given in the French language, in addition to Arabic language teaching to disseminate the teachings of the Ahlulbayt, peace be upon them.

Imam Hussain Holy Shrine sponsors many Quranic and religious projects in Iraq and the world, which aims to advance the culture of the Holy Quran and the Ahlulbayt, peace be upon them.