Supreme Religious Authority highlights the ethical deficiencies, discredited traits and reprehensible practices that have spread in the Iraqi society

The representative of the Supreme Religious Authority pointed out during the Friday sermon, which was held at Imam Hussain Holy Shrine on February 14, 2020, that there is a set of ethical deficiencies, discredited traits and reprehensible practices that have spread in Iraqi society.

“The Iraqi society is dominated by many noble values ​​and human ethics such as generosity, sacrifice, patience, persistence, and pride over religion and the homeland, but at the same time, it is unfortunate that there are some ethical deficiencies, discredited traits and reprehensible practices that have spread in society and require all of us, without exception, to strive to reduce and address them, wherever possible,” said Sheikh Abdul-Mahdi al-Karbalaey.

Al-Karbalaey continued by saying that among the discredited traits in society are not refraining from lying and hypocrisy, accusing others without evidence, violating the sanctity of others, using violence to solve problems and disputes, and socially and politically overthrowing others, in addition to the sectarian, religious, and tribal fanaticism that led some to take untruthful and unfair positions, which sowed  hatred among the people and pushed them away from cooperation and solidarity.

“As for the reprehensible phenomena, they are bribery, embezzlement, forgery, fraud, money laundering, and the unlawful exploitation of others financially and economically, as is the case in many economic dealings spread in society.” 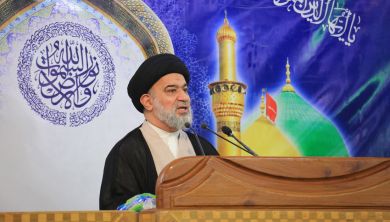 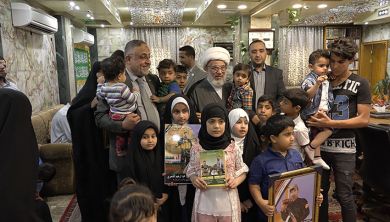 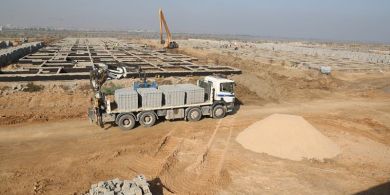 One thousand houses for the poor in Karbala