The Topographical History of Karbala

-12 Muharram 61/680 CE, the history of a new Karbala began after the martyrdom of Imam Hussain when the tribe of Bani Asad arrived to bury thesacred bodies of Imam Hussain, al-Abbas and their companions who had been slain on the day of Ashura.

- 247 AH/861 CE, al-Muntasir al-Abbasi rebuilt the Holy Shrines and built houses around them; the city had suffered
during his father, al-Mutawwakil’s reign who had the city destroyed.

- 941 AH/1534 CE, the Persian Shah Isma’il al-Safawi visited Karbala; he ordered a canal to be dug in the city and
renovations to the Shrine of Imam Hussain.

- 953 AH/1546 CE, Sulayman al-Qanuni had repairs made to the Shrines ofImam Hussain and al-Abbas, peace be
upon them.

- 19th century, the King of Awad in India, visited Karbala after the Wahhabi attack on the city in 1216 AH/1801 CE;
he had a strong wall built around the city and markets and beautiful houses erected for those who had lost their
homes in the attack.

- 1217 AH/1802 CE, Sayyid Ali al-Tabataba’i, the author of al-Riyad, built the third wall around the city after the
Wahhabi attack; he built six portals for the Shrine and each portal was given a particular name.

- 1276 AH/1860 CE, Telegraph lines were installed in Karbala, giving it instant connection to the wider world.

- 1285 AH/1868 CE, During the time of the Ottoman reformer Midhat Pasha modern government buildings were
constructed along with new markets.

- 1332 AH/1914 CE, After the end of the First World War further modern buildings were constructed and avenues
laid out. 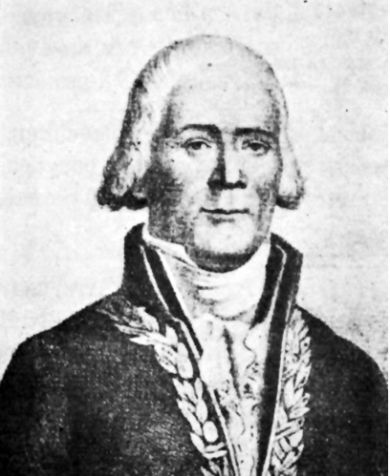 Olivier’s Journey to Karbala in 1794 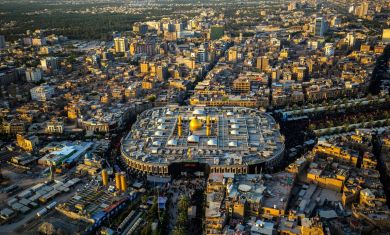 The Topographical History of Karbala