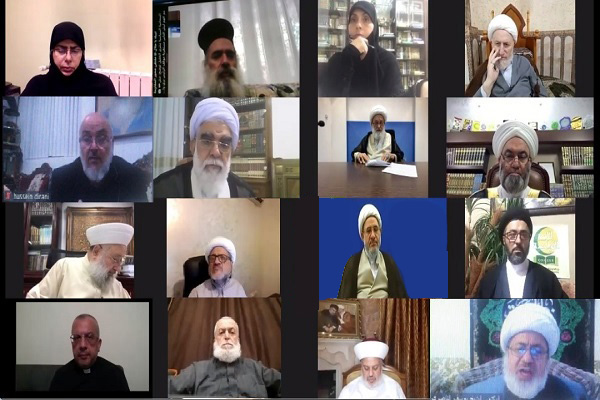 A group of Muslim and Christian scholars have criticized a French satirical magazine for sacrilege of Prophet Mohammad, peace be upon him, calling for new international laws to sue those desecrating religious sanctities.

The clerics came together on Saturday in the webinar ‘Unpardonable Big Sin’ to slam the desecration of Prophet Mohammad, peace be upon him, and the Holy Qur’an.

The final statement of the webinar rebuked the desecration of Prophet Mohammad, peace be upon him, and the Holy Qur’an as an organized plot by extremist and Islamophobes.

Participants in this event rejected the sacrilegious cartoon by Charlie Hebdo as an unforgivable sin. They denounced disrespecting the Prophet of Islam as disrespect to 1.5 billion Muslims across the globe urging followers of different religions make use of the different media to prevent a minor extremist group to hatch plots and spark war under the pretext of freedom of expression.

Muslim and Christian scholars also urged for new international laws to sue those desecrating religious sanctities and boycott the countries that allow sacrilege of Islam.

Prominent Muslim and Christian clerics and religious figures from Iran, Lebanon, Bahrain, Iraq and Palestine were among participants of the international webinar “Unpardonable Big Sin” on Saturday which denounced desecration of the Holy Qur’an and Prophet Mohammad, peace be upon him, in Sweden and France.