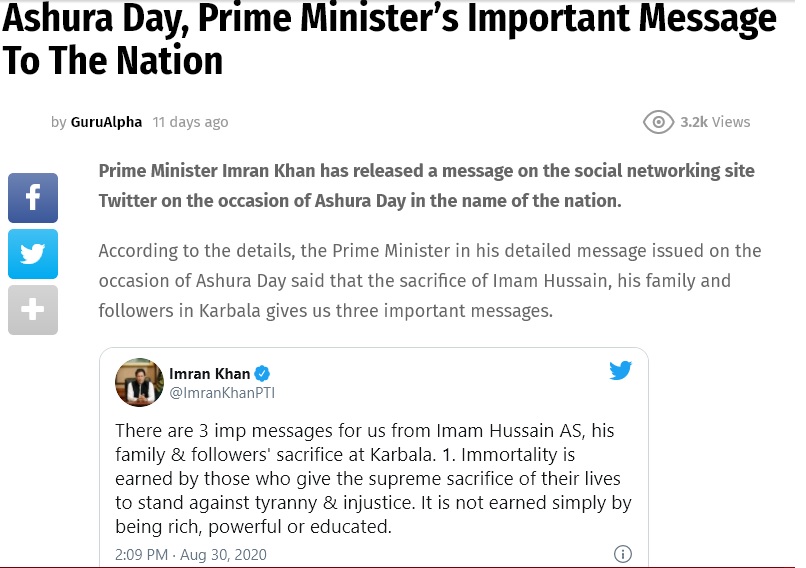 The Pakistani Prime Minister, Imran Khan, advised to draw inspiration from the values of fortitude and courage from the martyrs of Karbala to obtain the right to self-determination.

“There are three important messages for us from Imam Hussein, his family and followers' sacrifice at Karbala," Khan said in a series of tweets on his official Twitter account. “The first is that immortality is earned by those who give the supreme sacrifice of their lives to stand against tyranny & injustice. It is not earned simply by being rich, powerful or educated.”

The Prime Minister of Pakistan added, "The second message is that throughout history many great Muslims have been inspired by Karbala & sacrificed their lives to stand against oppression, colonial rule, injustice.

Imran Khan concluded his tweets by saying that "The third of these messages is the call for the continuation of the struggle against the tyranny and occupation that we are witnessing today."