Lessons from the Martyrdom of Imam Hussain 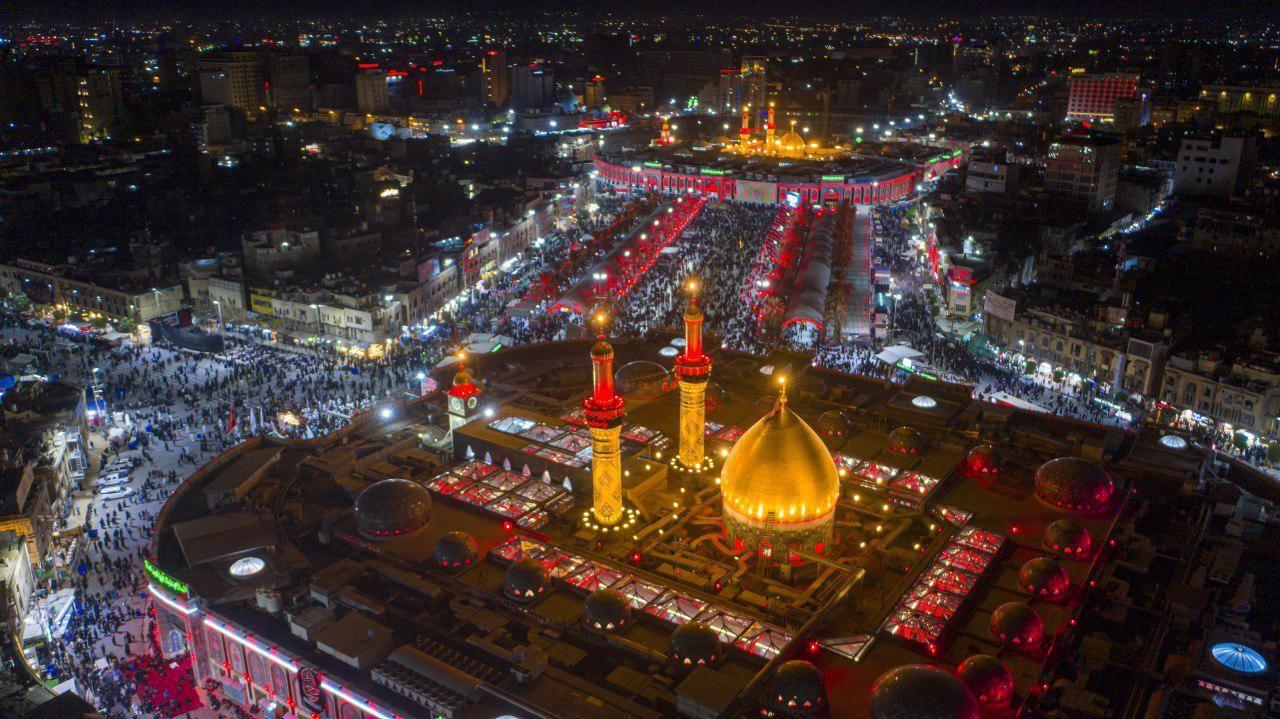 Students of the so‑called historical method argue that in terms of immediate history, nothing was achieved as a result of the events on `Ashura, i.e. Muharram. They say that it was a tragedy, but its overall effect on the political events of the period was negligible. This is their conclusion and when they are asked why the Islamic books of history, written by scholars many centuries ago, devote more space, more pages, more words, to that event than to any other in the history of Islam, why there are more books devoted to that event in Islamic history than to any other, they shrug their shoulders and mumble something about the Shi`i influence on the writing of history. Yet, many of the writers are not members of the Shi’a. The famous Islamic historian Tabari devoted nearly two hundred pages to the story. No other event receives as much attention from him[1]. He most certainly was not a member of the Shi`a[2].

The fact is that these petty scholars with their tendentious criticisms are concerned only with the narrow details of political history. They do not perceive the cosmic nature of the martyrdom of Imam Hussain. For them, history is the restricted study of immediate cause and effect in political developments. But real history is about something far more important than that. Real history concerns men's relationship with God and how that rela­tionship affects men's relationships with each other. Real history attempts to show the cosmic significance of events, not their narrow immediate political results.

The tragedy of Karbala', the martyrdom of Imam Hussain, is one of those events of cosmic significance. Its lessons concern not just one group of men and their relationship to the world, but all mankind. It is a moral paradigm. It teaches sacrifice and opposition to injustice: it teaches integrity of purpose, love of family, gentle­ness, and bravery. In fact, in the account of the tragic journey and martyrdom of Imam Hussain, there are lessons in all the moral virtues. Perhaps the one that strikes most of us most forcefully, is our own inadequacy in comparison with the enormous sacrifice Imam Hussain made on behalf of mankind.

He voluntarily allowed himself to be the sacrificial victim, seeking to fulfil the will of God. On this day, nearly fourteen hundred years ago, the Imam prepared himself for death. He anointed his body in water mixed with musk, it was the washing of the corpse before his body was a corpse, a preparation for his immediate entry into heaven. The symbols of his death are many, the suffering dreadful.

Yet Imam Hussain was not merely the sacrificial victim, he was also the exemplar of bravery and fortitude. He fought a brave and fierce fight against so many. Such was his power and strength, such was the aura of his person‑and he was by no means a young man‑that the only way his enemies could kill him was by a whole group of them attacking him at the same time and stabbing him together. The humiliation of the death was total; the vindictiveness and wickedness of this action by men is illustrated by the fact that his clothes were ripped from his body and then horses ridden over it[4].

The lesson is clear to us all: it shows the lengths of human wickedness. Imam Hussain exemplifies all suffering humanity. In that death, in those blows to his body, in the trampling of horses over it, Imam Hussain is the model, the paradigm of all unjust deaths, of all humans suffering. In this, his death teaches suffering men to endure, to remain steadfast in their belief in God. It also has a lesson to teach men who are more fortunate, that the world is a transitory place, worldly success is not an end in itself, and that man should always be aware of the suffering Imam Hussain experienced. By their awareness of this they will learn to treat worldly success with humility.

In the real sense of cosmic history, the martyrdom of Imam Hussain is a mighty triumph, a wondrous victory. Who would know the name Yazid today except for the fact that he was responsible for the martyrdom of Imam Hussain? Otherwise he would just be another of the thousands of despots, tyrants, and bullies that have abused their authority, another footnote in the history of man. However, because his tyranny and wickedness was responsible for the good, the noble, the pure Imam's death, he, by killing the Imam, the human model of goodness and bravery, has become the human model of injustice and wickedness.

The triumph of Imam Hussain lies in the fact that his inspiration has moved men to grieve for him throughout the centuries. The pure light of ennobled humanity in the Imam has motivated generation upon generation of the Shi'a, to suffer endless hardship, to keep his memory alive.

Not long afterwards there was the majlis of the Kufan penitents, the tawwabin, when they gathered at his graveside to lament, to grieve, to prepare for death in the battle that was to come, to try, in some small way, to make themselves worthy of the sacrifice Imam Hussain had made for them and all mankind.

All despotic regimes have felt threatened by these majlises. Throughout the centuries they have tried to prevent them. At one time even the site of Imam Hussain's grave at Karbala' was ploughed up[6].

They feared the grief and lamentation for Imam Hussain because in that grief and lamentation people remembered the goodness, the justice, the kindness, the gentleness, and the bravery of the martyred Imam. These were not qualities that tyrannical governments wished people to think about, their concern was bribery, corruption, nepotism, and naked force. They saw the threat to their world, to their values, to their position. Seeing it, they sought to suppress the memory of Imam Hussain. However, such was the power, the influence, the glory of that memory, that they could not remove it from the hearts of men, from the Shi’a of all the Imams, the Shi`a of Imam Hussain.

The triumph of the martyred Imam is such that every year on `Ashura, in places all over the world, the faithful gather together to remember the Imam.