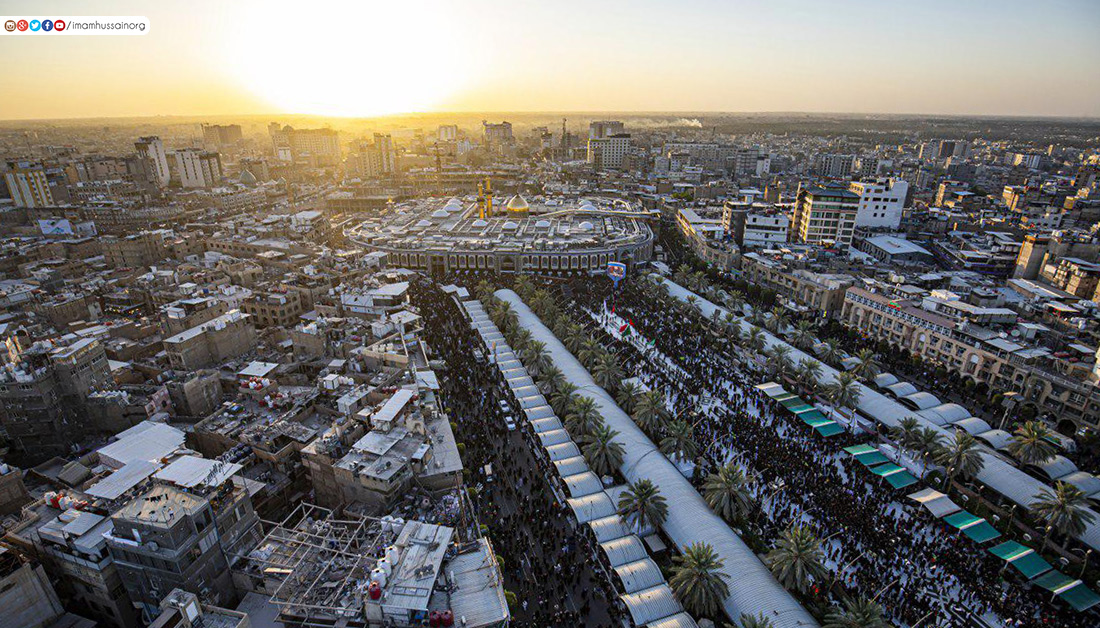 The General Secretariat of al-Abbas Holy Shrine released a statement on the number of pilgrims who participated in this year’s Arbaeen commemoration.

“Through the electronic counting system placed at five main entrances to Karbala, in particular the roads to Baghdad, Najaf, Babylon, Hussainiyah and al-Hur, from Safar 9 until midday Arbaeen (20th of Safar), over 14,553,308 pilgrims were recorded,” said the statement.

The world’s largest annual religious gathering witnesses the arrival of millions of pilgrims every year, however this year the number was lower as the Iraqi government allowed a limited number of foreign pilgrims to enter the country due to Covid-19.

Hundreds of thousands of service tents provided food, drink and rest areas for the pilgrims along their journey to Imam Hussain, peace be upon him, while taking into account the preventive measures recommended by the concerned authorities.

Arbaeen, which means forty in Arabic, is the fortieth day following the Day of Ashura, the day Hussain ibn Ali was killed in the Battle of Karbala on 680 AD.